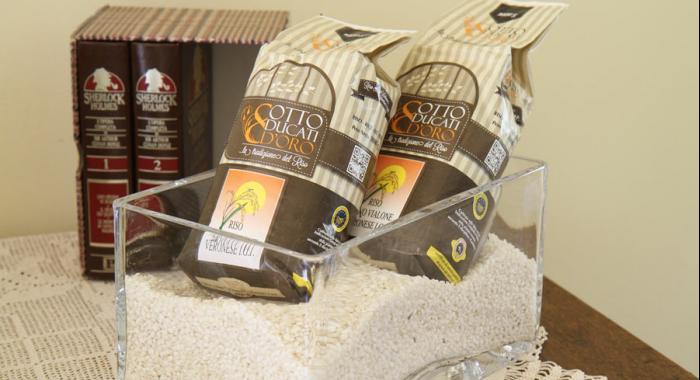 The cultivation of rice in the Verona area has an ancient tradition, preserved and enhanced by the passion and expertise of new generation farmers who deeply love their land. Along the "Road of the Rice Road Vialone Nano Veronese I.G.P.", which crosses the territory of the precious rice cultivation, you can meet rice paddies, "pile", castles, churches and villas, which bear witness to the history and traditions of these fertile lands voted to rice production since 1500.

Rice cultivation in the lower area of the province of Verona spread by the Venetian aristocracy in the mid-1500s and at the same time it began to build the "pile": machines that exploited the power of rivers to turn the gears and move pistons that were used to beat the rice to separate the peel and polish the rice.

The largest rice fields had their pile, which were used even the smallest companies which had not. Even today you can see the ancient structures that are preserved as evidence of the traditions that for centuries have characterized the cultivation of rice in this area, such as the Pila of Corte Boschi in 1612, the Pila Vecia of 1644 and the Gazzani Mill of 1648.

Take the opportunity to visit in person these testimonies of a past that continues to live thanks to them is rare and unique opportunity to which to dedicate a nice sunny weekend.

We invite you to make contact with our country relais Otto Ducati d'Oro to book your comfortable room to spend a weekend of relaxation and culture in one of the most beautiful areas of the Veronese low as Isola della Scala.

« Bike rent service for all your...

Visiting Verona and its province and...