Located in the historical town centre of Isola della Scala, Trattoria Vecio Balilla is one of its most famous and elegant restaurants and is a 10-minute walk from the Otto Ducati d'Oro Relais.
The Trattoria is famous for its seafood menu and takeaway food service that our guests can enjoy in the breakfast room of our relais.

The restaurant's name is related to the history of Isola della Scala when in 1922 fascism came to power and all the boys who enrolled to the party were given a free "Balilla" uniform.

The tailor was inundated with requests, so all they started to say "let's go to the balilla" meaning the tailor who made fascist uniforms.
The whole area took on the name of "Balilla", so that the nearby Osteria al Gambero Rosso was renamed Vecia Osteria Balilla. 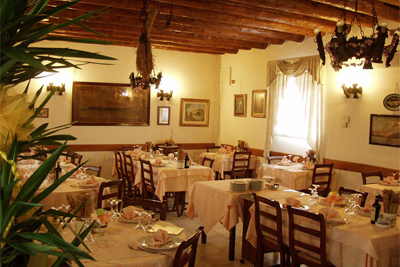 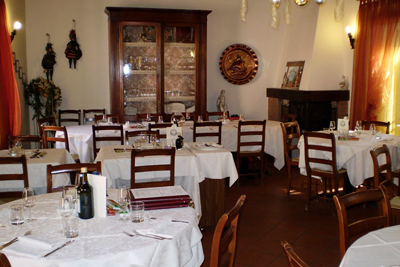 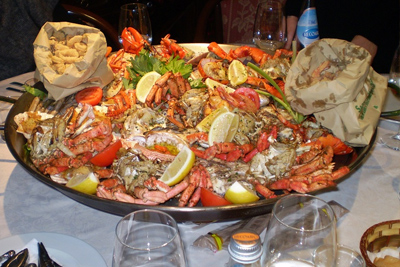 During World War II and the years of hardship that followed the war, the trattoria went through hard times and became a bar. In 1976 Vecia Osteria Balilla and his wife Maria turned it into a restaurant they called Trattoria Vecio Balilla. The restaurant initially offered traditional hearty country food, though but over time its menu became increasingly refined and varied. Today its specialities with fish, meat and risottos, particularly the "risotto all'isolana" typical of this area, along with the wide selection of local white and red wines, key to the success of Flavio and Maria for 40 years, await guests in their welcoming restaurant.