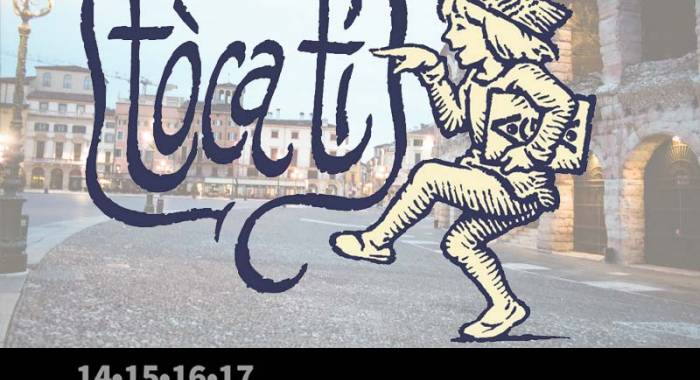 This is 15th edition of the Festival of Street Games – Tocatì 2017. It's an event open to the public which goal is rediscovery games from the past, the simplest and the olden games made of wood pieces and some sign on the ground that, for some days, come back to enchant and tell us an age-old history: our grandparent’s and parent's games.

"Tocatì", a typical dialect term of Verona that means "You’re up, it’s your turn to play", has just taken the procedure for the recognition by UNESCO for the safeguard of the "Intangible Cultural Heritage". So, the edition 2017 will be more International ever. Infact, it's the first time that the "Host Country" has been a Continent, Europe. On the anniversary of the Festival, many Delegations from different Countries, among which the historically friendly ones like Scotland, Catalonia, Hungary and Croatia are expected.

A Tocatì, playful event organized by AGA (Associazione Giochi Antichi - Ancient Games Association) and the Municipality of Verona, tens of thousands of people will take part to, during the days of the event. People will walk through the streets of the center and they will see and play the games and also listen to the folk music groups. They could also taste the food-and-wine specialties of the territory and not only those.
Furthermore, the event offers many opportunities to deepen some issues about games, thanks to a full program of cultural meetings, exhibitions and conferences.

We invite you to contact our country hotel b&b in province of Verona where you can sleep for the Tocatì 2017. You can enjoy the relaxing atmosphere among the rice fields in Verona countryside.

« Biagio Antonacci in concert at Mantova...