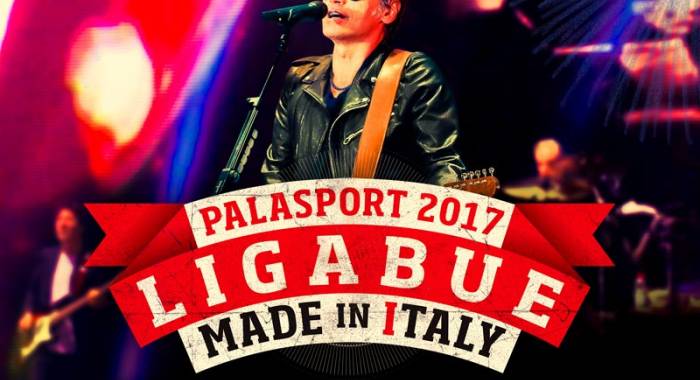 Luciano Ligabue is coming at the Palabam of Mantua on October 13 and 14, 2017 for his new tour of concerts "Made in Italy – Palasport 2017" after the absence for 6 years.

The singer from Reggio Emilia has included the Palabam of Mantua as one of the many stops around Italy in which he will play and will sing to his fans his more beautiful successes and his 11th  record of unpublished passages (and 20th album of his career as a singer).

'I can tell you this is the declaration of a frustrated love towards my Country thanks to the story of a character (Riko),' explained Ligabue about the "Made in Italy". 'It's a real concept-album (my first) but however it is compound by songs. These songs have a life of their own but put in the context, all together, they tell you the story of an antihero.'

So, if you are still looking for the B&B where to sleep for Ligabue's concert at the Palabam in Mantua from the 13th to the 14th of October 2017, we are waiting for you in Isola della Scala, only few kilometers from the Palabam and we invite you to book your room by contacting us at Otto Ducati d'Oro.

B&B for Alvaro Soler’s concert in...

We spent 3 amazing nights in this beautiful, special and romantic hotel. This is the most beautiful place I have ever been in. The rooms are so nice. Clean and have a special design. The staff was welcoming and very nice. The breakfast was tasty and served so nicely. The hotel is surrender with...