Cycling through the valley 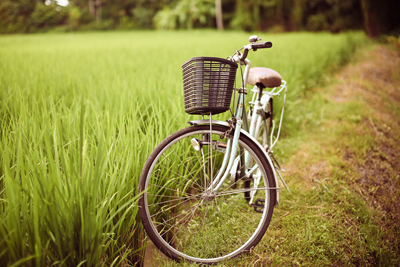 About 20 minutes from the Otto Ducati d'Oro hotel

Starting from our hotel, you can cycle and explore the surrounding countryside along roads with little traffic and reach to places like old country villages where you can still breathe the atmosphere of country life from the past or you can reach places of historical interest, such as villas, castles and huskers.

One of the most interesting sights is the majestic Villa Pindemonte in Vo' Pindemonte, near Isola della Scala. Built in 1742, this monumental villa is associated with the noble Pindemonte family in the hamlet of Vo' since the early decades of the 15th century.

The whole complex of the Villa, surrounded by ditches and hedges, is accessible through a majestic entrance consisting of a large central passageway flanked by two architraves bearing two statues on pedestals. After the portal there is a long avenue, passing through a large courtyard and leading straight to the main building. Adjacent to this, on the right, there are several buildings part of a factory, ones the homes of servanthood, barns and stables.

Waiting to be discovered is the Route of rice, , the association recognised by the Veneto region of which we are members and that promotes the touristic development of this area in the plain around Verona and used for planting rice. Namely, the Strada del riso vialone nano veronese I.G.P. association based in Isola della Scala promotes this area full architectural and cultural evidence and that has preserved and brought out the value of many of its ancient customs, along with its gastronomic tradition. Initiatives include the tourist trails: The "Bosco del re" woods Gazzo Veronese and Nogara, the land of rice in Isola della Scala, sacred and profane in the area south of Verona at Erbè and Sorgà, castles and dovecote towers in Concamarise, Sanguinetto and Salizzole.

« Walk through the rice fields
Cultural Entertainment at the Theatre »
By using our website you agree to the use of cookies. Informations ok